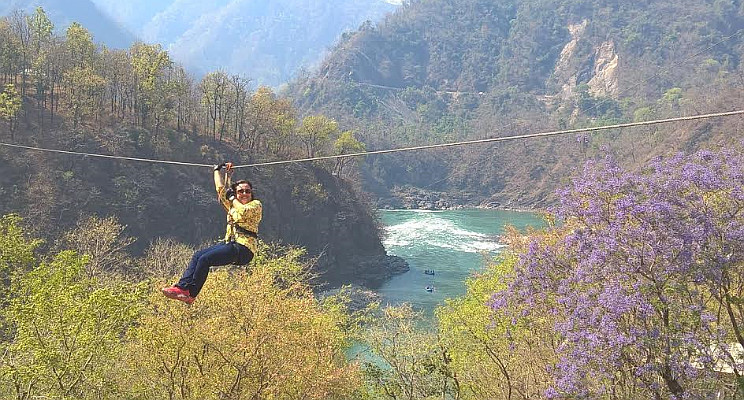 “The blue skies above me, the azure blue beneath me, The lush green hills and the purple flowers reaching out to me, All asked me one question, “Are you an explorer?” And with this one question, my life was never the same!”

Let’s begin with some interesting questions and their consequences.

Newton: “Why does an apple fall from a tree but, why does the moon not fall into the Earth?
Einstein: “What would the universe look like if I rode through it on a beam of light?”

And the consequences of these questions?

These questions formed the basis of major breakthroughs, benefitting not just Science but entire mankind. They had a propelling effect on other subsequent discoveries. Even if something mammoth is discovered by accident (like penicillin) the evolution of it only began by someone asking a question.

Voltaire said, “Judge a man by his questions rather than his answers.” Socrates wandered around the streets of Athens, stopping passers-by and asking questions to enable him to get to a deeper truth.

That’s all well, about the past. Let’s look at the present. How relevant is asking questions in today’s world?

Perhaps asking questions has never been more relevant than it is today. When Abraham Maslow proposed “Maslow’s Hierarchy of Needs” in 1943, he kept “Self-Actualisation (achieving one’s full potential including creative activities)” at the very top of the pyramid. Why? Is Self-Actualisation or reaching one’s full potential truly possible if we stop asking questions, or stop being curious?

Let’s Google talk. The ex-CEO Google, Eric Schmidt said, “We run this Company on questions, not answers.” The Indian born CEO Sundar Pichai during his visit to India in December 2015 met the students and responded to several questions. He added, “Big part of what I focus on is making sure we are innovating and making products for the future. Constantly thinking of what to do next.” Again, is Innovation possible without asking questions?

Today’s leaders are constantly grappling with both Technical and Adaptive challenges, a concept illustrated by Ronald Heifetz. Technical challenges have more or less “predictable and set” solutions reached through expertise, and designed process and usually can be fixed in a short span of time.

Adaptive challenges on the other hand can only be addressed through constant questioning of the situation and probable solutions, often leading to a period of “discomposure, unrest and turbulence” before it is accepted and embraced. For e.g. do you think Cross-Cultural Communication, Diversity at workplace or creating Gender Parity are Technical or Adaptive challenges?

In his book “A More Beautiful Question: The Power of Inquiry to Spark Breakthrough Ideas”, Warren Berger cited the example of Edwin H. Land, who invented the Polaroid camera in response to his 3 year-old daughter asking why the camera that they used couldn’t produce a photo immediately.

In his book “A More Beautiful Question: The Power of Inquiry to Spark Breakthrough Ideas”, Warren Berger cited the example of Edwin H. Land, who invented the Polaroid camera in response to his 3 year-old daughter asking why the camera that they used couldn’t produce a photo immediately.

When Greg Dyke became the Director General of BBC in 2000 he got together all the employees. They came prepared for a “long presentation.” Instead he sat down with them and simply asked 2 questions:

“What is the one thing I can do to make things better for you?” Then he listened. Followed by the next question.

I struggle to express the magnitude of the paramountcy of questions in all spheres of life and relationships. Something almost unalterable and imbeded as the Amygdala Hijack can only be stopped through one and only one solution. Through a powerful question.

The moment we get “triggered”, a compelling question is asked within a 6 to 10 seconds pause before the neo cortex gets engaged. This question can completely transform a reactive behaviour into a constructive one. As Viktor Frankl, the Austrian Psychologist, who was incarcerated in Auschwitz, wrote in his book, “Man’s search for meaning” that between every stimulus and response there is a space. And in that space, we have the power to choose our response.

My love affair with Questions

Whatever savoir faire I have achieved in both my careers, as a Lawyer and as a Coach is attributable to one factor alone and that is, “the art and tact of asking questions.” And the “Questiquette” (a term coined by me to denote the etiquette of asking questions).

Questions have enriched my life more than answers ever could. Let me not “tell” you but rather make you “experience” how questions amplify our lives.

On January 2nd 2018, I posted this picture in LinkedIn, of a carving I picked up in Indonesia and posed a question, “What could be common between this carving and effective Communication.” 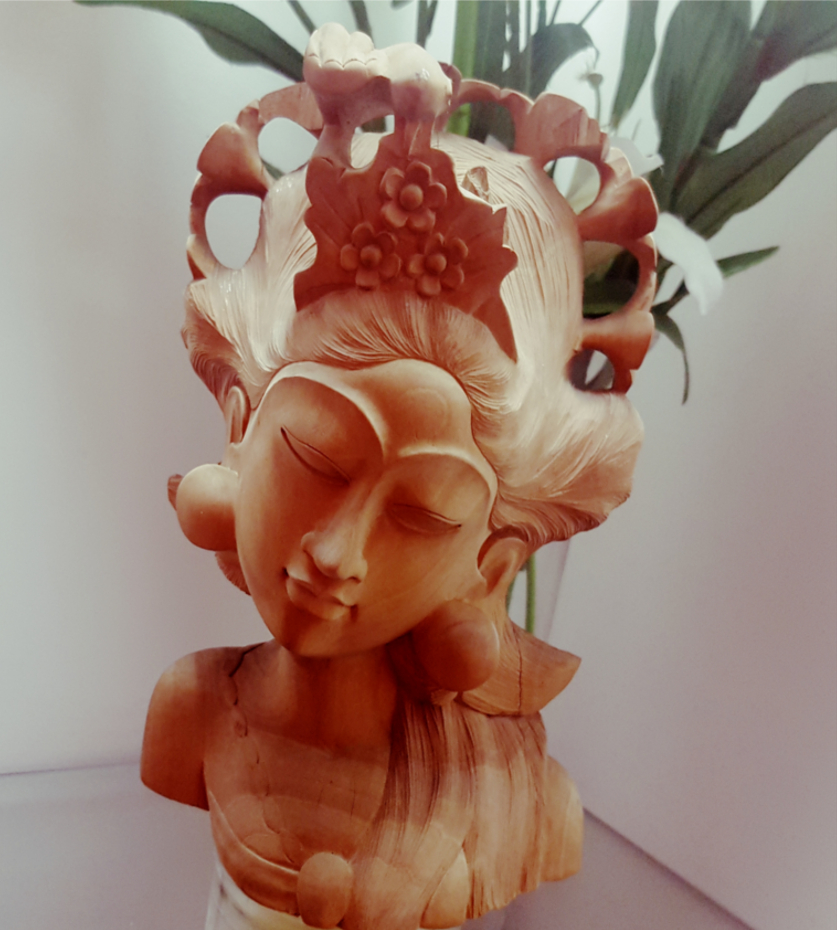 Now before I share the responses, let me tell you what I found in common.

I had seen the sculptor work continuously for 3 days, chiselling every feature till he was satisfied. For me, it was clearly, “Attention to detail.”

Then I posed another question the next day, on 3rd January 2018, “I find a striking similarity between small children and the greatest innovators and inventors. Do you? If so what?”

For me it was “curiosity”. Some of the responses I received included:

This was just to give you a tiny real - time flavour of what Questions can do.

As a Coach, my entire journey with my Clients hinges upon questions. The way I define Coaching is, “It is a process of the Coach asking such questions and in such a manner that it stimulates reflection and ferries the listener to his own house of wisdom wherein he unravels and discovers his own solutions.” Questions are the pillars of Coaching. Questions strengthen relationships because they show you ‘care’. They foster critical thinking. I have a client who when we started off, struggled with this dilemma that “I want to serve people but in this corporate world my dream of ‘service’ is getting shattered.” I asked him his definition of “Service”. He responded, “when I feel I have contributed to my team and the organisation and given improved convenience to my clients.” “Very well”, I said.

I asked him what his work entails. He was responsible “for training managers and enhancing their leadership skills so that they could address clients’ needs efficaciously.”

Next, I asked him to repeat both his responses, his definition of service and details of his work. As he was repeating it, a smile broke on his face and he said, “I never looked at it this way.” I had to say nothing further, because he completed the sentences through his ‘own house of wisdom.’ “I am creating future Leaders, am devising innovate solutions for my clients, I am helping increase the credibility and productivity of my organisation. Of course I am ‘serving’!” he said with exuberant elation.

In yet another assignment a woman from UK, spent several months with me for coaching, with this introduction of herself. “I have been told I am blunt and rude in my communication with people. I have no tact and grace when speaking to others, I am told. It is affecting my career. Hence I am approaching you.”

Through a series of “deep-dive” questions panning over a few sessions, I discovered she was a single mother trying to take care of herself and her two college going children in a foreign country. Her outward façade of being “blunt and rude” was really an armour she wore to protect herself.” Do you think we could succeed in transforming her communication style without addressing the root cause of her anguish? And, how do we arrive at the root cause, other than through questions.

So, what else do questions do? Questions

Jennifer Hudson expresses it aptly, “Don’t be afraid of the answers, Be afraid of not asking the Questions.”

In a presentation where you are introducing a new concept and looking for support, how will you magnify your chances of being successful?

Check point- Was the message clear and construed accurately?
You get opportunity to re-emphasize the key features.
Something you missed? Well, good entry point to highlight that.
Some people not convinced? Perfect timing to load more substantiation.
Always heartening to see an invigorated participation, isn’t it?
Build bridges not walls by making them a part of your presentation.
That’s what Questions can do to your presentation.

Think twice before raising your eyebrows if a colleague or employee asks you a question. A curious employee is a mark of being ‘interested’ and ‘engaged.’ And that’s not a bad thing after all, is it?

Concluding with one of my favourite quotes, “I would rather have questions that cannot be answered, than answers which cannot be questioned.”- Richard Feynman

Frame within a Frame (Power of Context) Session 2